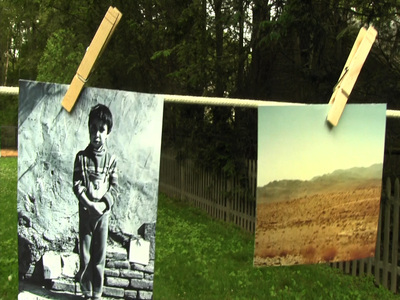 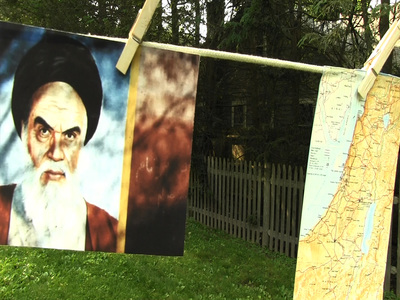 Uprooted: Memoirs of Jewish Iran
Under the Shah Mohammed Reza Pahlavi in the 1950s through the 1970s, the Jewish community of Iran flourished. The Shah introduced a series of economic and social reforms and succeeded in modernizing the country. Increasing discontent and opposition to the Shah’s regime led by student and religious groups ultimately led to the overthrow of the Shah in 1979 and paved the way for the return of the exiled Islamic religious leader Ayatollah Khomeini. The social mores and norms between men and women changed drastically. The new ideology opposed equal rights for women, and all women were now required to observe Islamic dress code.
﻿﻿﻿
In my ongoing project Uprooted: Memoirs of Jewish Iran, I have created video sketches about Jewish life in Iran as a result of the Islamic Revolution. In this segment about the shift in national identity as a result of the Revolution, rather than advance photos as an edited montage, I created and filmed a moving pulley clothesline with hanging photographs and objects. Besides being a practical tool, the clothesline adds complexity and layers to the film. It symbolizes the theme of domesticity that crosses boundaries between different cultural and religious groups. Women are the perpetuators of culture and the guardians of memories when they engage in domestic rituals, like preparing food, sewing clothes and observing traditions.  Gaps between the objects on the clothesline represent the fragmented story as a result of time lapsing and memory waning. Additionally, the placement of the photographs, news items and objects against the backdrop of a suburban American backyard symbolizes the blending of two worlds. Time and space that are fractured and then sutured together generate different connotations and even irony.
Proudly powered by Weebly