In The Pearl that Slipped Its Shell, I move beyond the screen to create physical spaces that tell the story of the Mizrahi family’s emigration from Iran as a result of the Islamic Revolution of 1979. As viewers walk through the recreated rooms of the Mizrahi family home in Kerman, Iran, which they forcibly left in 1984, digital scenes play of food preparation, a Nowruz  (Persian New Year) celebration, and a chador demonstration. Clothing, textiles, photographs, an herb garden, and other objects stimulate the viewers’ senses. Viewers’ experience the tensions for women as they exited to the street while donning a Chador, the memories and loss of family gatherings as they sat around the Persian carpet, and the rebirth of traditions, such as food preparation and gardening, in the United States. The role of women in perpetuating culture and tradition is a central theme.

With this exhibition I move into installation art, but weave in filmic concepts like mise-en-scène (to put in scene) and re-enactment. For the Courtyard of Rejuvenation, for example, the room is laid out the way Sharona described it to me, and I envision re-enacting the scene of her standing under the pomegranate tree in her courtyard in Kerman as a young child.

Influences for this exhibition include the works of installation artists Christian Boltanski, Ilya Kabakov, Heddi Siebel, my mentor and teacher, as well as the concept of the living history or memory museum, like the Tenement Museum in New York City. 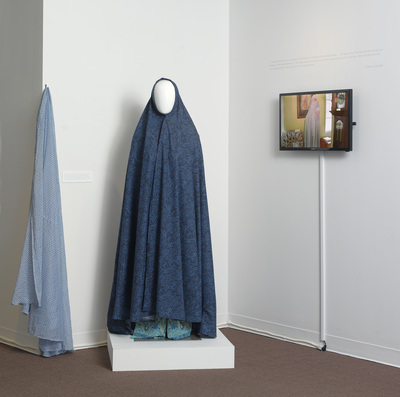 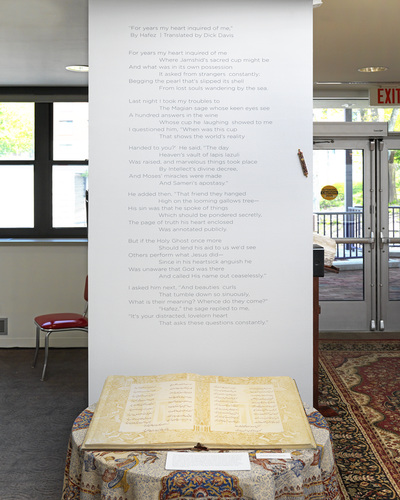 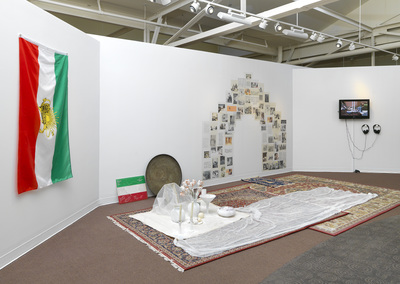 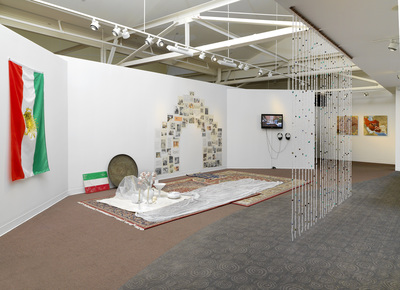 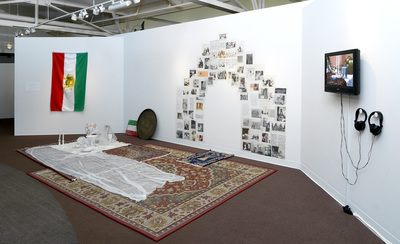 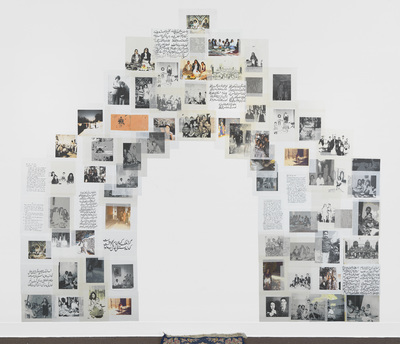 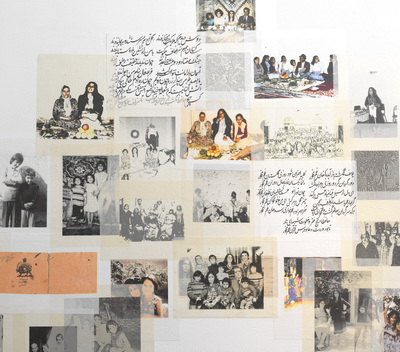 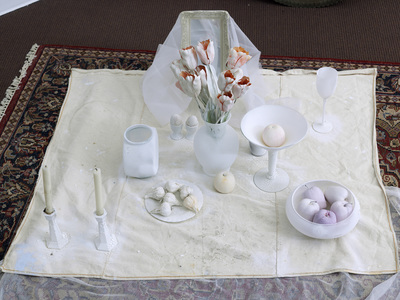 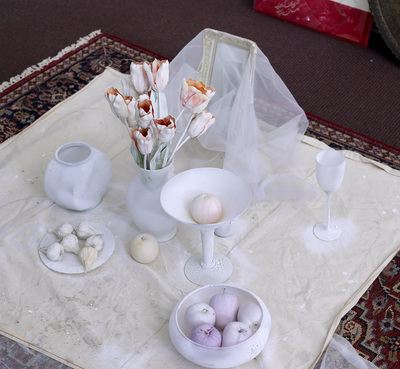 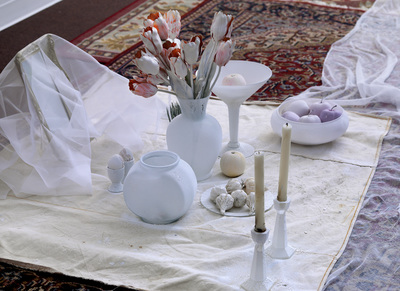 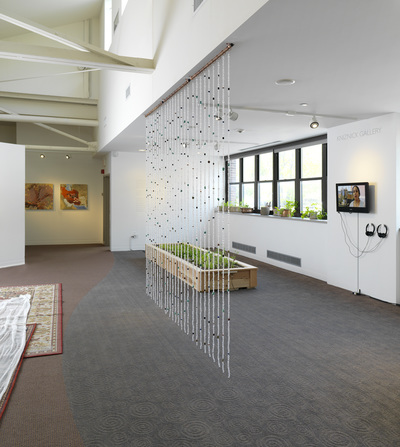 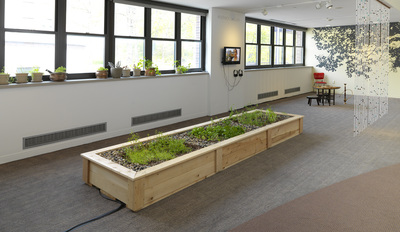 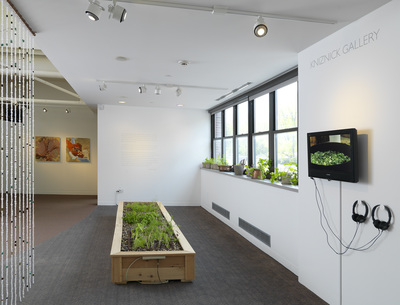 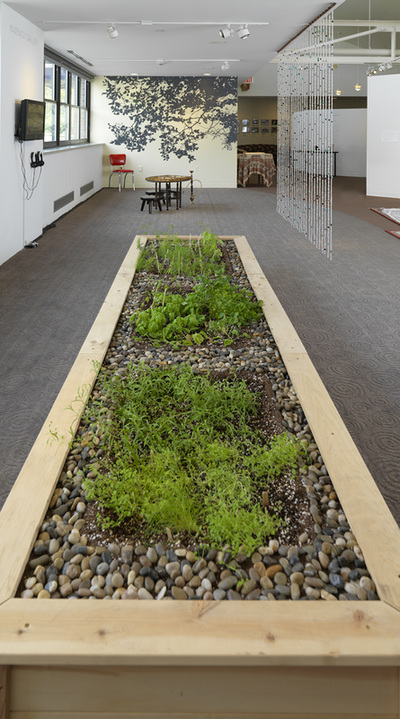 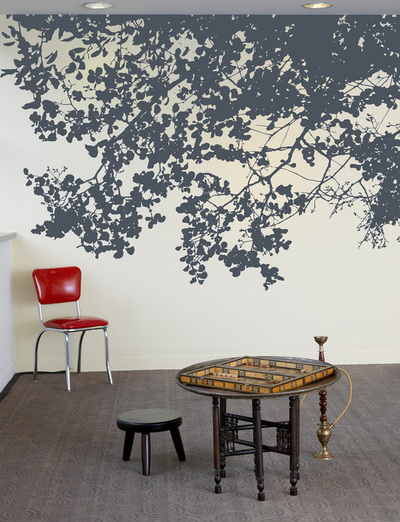 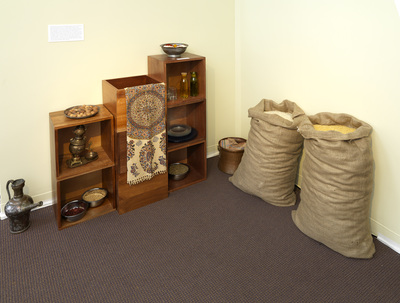 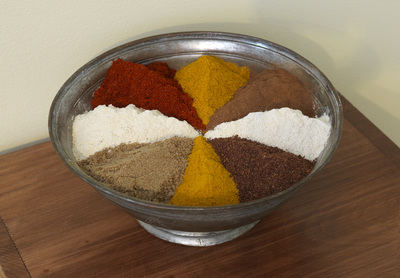 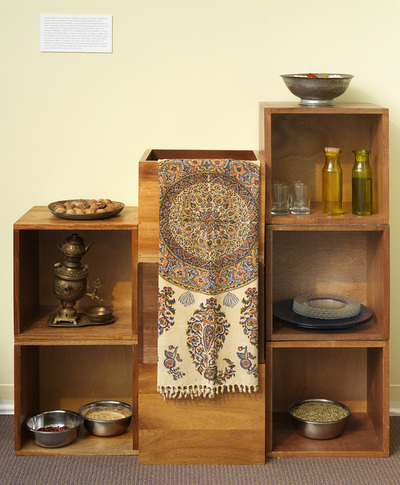 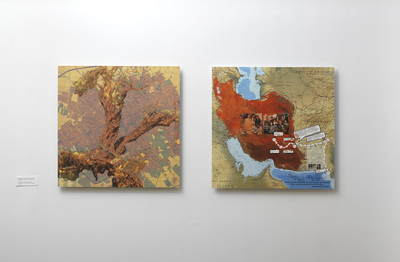