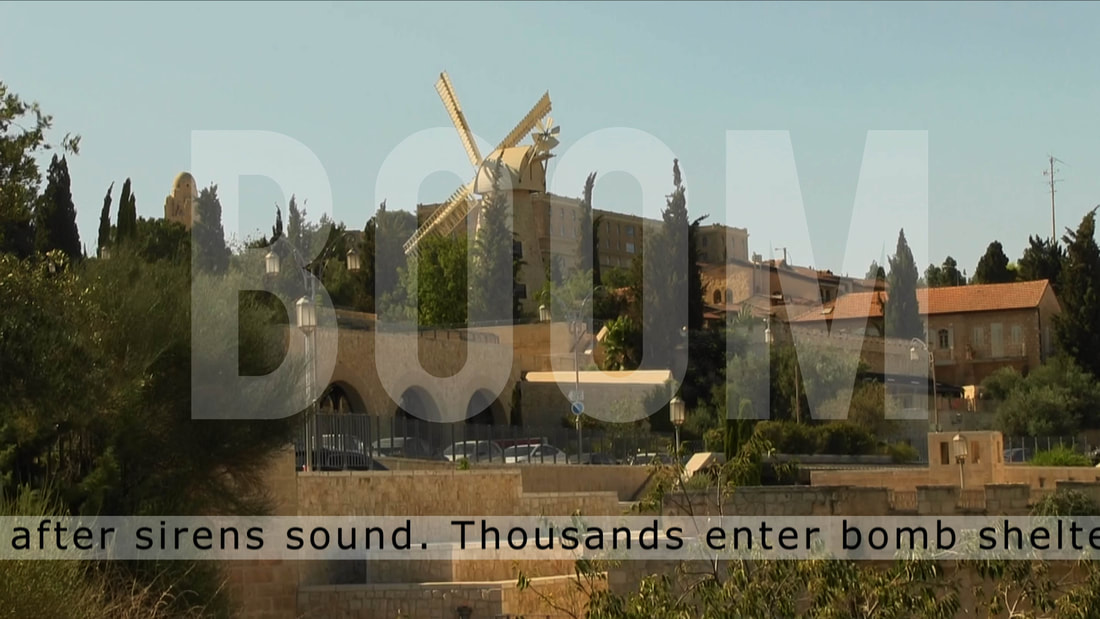 In Summer Diary 2014, I wrestle with the question, “Am I a true Zionist?” while visually reflecting on the paradigm of living in Israel during wartime. My commitment to the country is unyielding, but my children do not serve in the Israeli army. I haven’t made the ultimate sacrifice. This experimental documentary using image and text departs from the accepted conventions of storytelling and investigates more complex visualizations of the cultural, the historic, and the personal. Seemingly tranquil footage of the Israeli urban and rural land​scape is juxtaposed with continuous, edgy news crawl edited from my diary. I am a tourist outsider yet spiritually attached to the land and the people. As news crawl reflects on external stories and internal doubts, it creates narrative tension by correlating with and/or diverging from visuals, such as a panorama of Tel Aviv, a bombed out chicken coop, and a goat farm. Additionally, bold epigraphs, or words of emphasis, are embedded into the landscape as both object and content to further underscore the simultaneity of my conflicting feelings of cultural connection and alienation. In this way, the film’s images and text link opposing binaries of distance and proximity, tranquility and violence, life and death, and growth and destruction. The land is cultivated, while rockets explode and destroy. Summer Diary 2014 transcends the mainstream to yield meaning beyond the literal, thereby falling into a contextually ambiguous space between the museum and the cinema. ﻿
Proudly powered by Weebly